We all have a history

The more I study history, the more clear it becomes that people are not perfect.  More specifically, we are all descendants of opportunistic people. 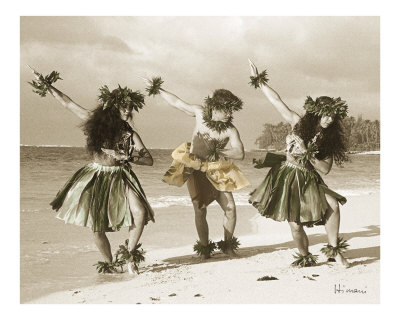 The Western influence on Hawaii, for example, may seem paternalistic or motivated by greed.  In 1778, Captain James Cook discovered the island as he looked for the Northwest Passage.  With Hawaii on the map of Westerners, the islands became targets for merchants and missionaries.  What would have happened if the "real" culture of Hawaii had not been disturbed?  Well, according to some historical theories, the islands of Hawaii were first discovered and inhabited by people from the islands of Marquesas.  Centuries (?) later, the people of Tahiti also discovered Hawaii, and brought with them new elements of culture.

So, when you think of the "real" culture of Hawaii, is it that of the Marquesas or the Tahitians?  And doesn't real Hawaiian culture include the famous luau tradition?  I was surprised to learn that the luau tradition was actually brought to Hawaii by Westerners.  So what is the pure culture?

(We also need to ask if original, native cultures are worth preserving.  In some lands, the native culture includes cannibalism.  Should that be preserved? But that is another discussion.)

We naturally want things to be right and fair.  But human history is full of conquest.  I expect that nearly every land in the world has been conquered at one time or another.  It did not take long in history for there to be no pure cultures.

As lands were conquered, wrongs were done.  Everyone today is descended from a combination of victors and victims.  The wrongs of history cannot be undone.  Perhaps, for recent history, some compensation can be made for victims.

But in the grander scheme of life, we can only do what is right in the here and now.  I follow the laws of real estate for the current government of my land, not the laws of the Native Americans who once lived here.  I can't undo the past, but I can live honorably in the context of my life.  It's the best I can do.