The Pew Research Center today released a study indicating that more people are claiming no religious affiliation.  These are the "nones," those who select "none of the above" in surveys about religious preference.

Only 70% of the U.S. adult population now identifies as Christian.  There are several ways to respond to this news. 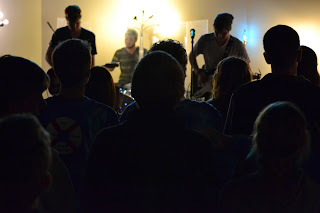 I would suggest that there is another response to this decline.  Without any polling or scientific data, I suggest that the news is possibly not bad news for the Church at all.  For centuries faith has been part of the American culture.  Many crossed the ocean to find religious freedom.  As faith practice became more and more ingrained in our culture, many held onto the faith culture without the faith.

Religion then became a list of rules and practices.  Relationship with God through Christ has often been lost.  I think that the nones are rebelling against this man-made rule of behavior.  They are looking for the foundation, the basis for the behavior.  If a faith system devolves into a list of rules, it is no wonder that people are rejecting it.

Those who equate faith with rules are rejecting the faith.  They see Christians as hypocrites and religion as mass manipulation.  They want nothing to do with that.  So now they identify with "none of the above" when it comes to religion.

The stakes are higher now for those who do claim to belong to Christ.  They increasingly face the scorn of the media.  The day may even come when people are martyred routinely in America for their trust in Jesus.

So it may be that today's surveys show that people are more hesitant to identify with Jesus.  And that identifying with Jesus means more than it used to.