The Outcry for Good Work

Gallop CEO Jim Clifton has written a book called, The Coming Jobs War.  In it, he suggests that wars in the near future will be fought for the sake of jobs.  In an interview about his book, he cites the "Arab Spring" as an example of the uprising of the frustrated masses.  A good job, he says, is a job working 30+ hours per week with a steady paycheck from an employer. 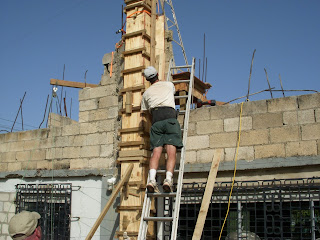 People want their lives to have meaning.

All around the world, people will settle for a good job, and so few have a great job.  Clifton estimates that less than half the world's work force has even a good job.  The real unemployment rate, he says, is well over 50%.

Shockingly, Clifton believes that wars will be fought over jobs.  Yet governmental leaders fail to realize the need.  Governments on the local level need to clear the way for entrepreneurs to begin businesses, eliminating needless regulations and burdens.

Refreshingly, Clifton believes that free enterprise will lead the way to good and great jobs.  I wholeheartedly agree.  When individuals are free to put their strengths to work, and reap the benefits of their work, the world also benefits.  This system only works well, Adam Smith would warn us, when people are guided by ethics and morality.

Maybe this war can be averted.