The Carolina Panthers seem to be shaking up the NFL world.  Yes, they are winning.  Winning a lot.  But there's nothing new about that--other teams have posted near-perfect records in years past.

But critics have found fault with the Cats.  They are too brash, too bold, too confident.  They celebrate too much.  Where did this dancing stuff come from?  They don't seem to take this game seriously.  And they are winning. 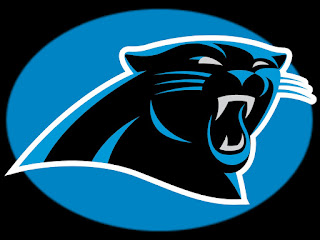 Over the decades, football has morphed from a game to big business.  You can't win with a smile on your face.  You have to grind out the accounting, and payroll, and union negotiations.  You have to deal with the press, and the fans, and the local community.

But this Panthers team has restored a key ingredient to the game:  Fun.  The players are
having a blast out there.  They dab, and jump, and give touchdown footballs to kids in the stands.  They congratulate each other and pose for team pictures.

Here's the key:  the Panthers have reminded us all that this is a GAME.  By definition, games should be fun.  This new attitude has stunned the NFL establishment.  The Cats are taking the game back to its basics.  It's competition, it's hard work, and it's fun.

Shaking up the status quo always bothers people.  When John the Baptist came along, he told the establishment that all their rules and traditions missed the entire point of a relationship with God.  It made the religious people mad.

Jesus followed up, teaching that the kingdom of God was at hand.  He showed the religious elites to be hypocrites.  He would not play by their rules.  And they had Jesus crucified.  Jesus paid for their sins as he died.  He proved his power by rising from the dead.

When the status quo of my life gets shaken up, it makes me think.  It often makes me mad.  But when I handle it well, it wakes me up.