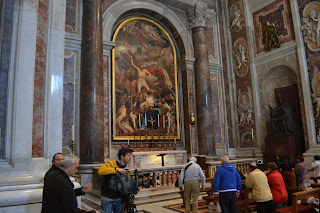 Human arrogance amazes me.  Sincere, well meaning, compassionate people seem to believe that we can change the definition of marriage with governmental action.  We can pass a piece of legislation, have it approved by the executive powers, review it with the court system, and voilà!  Marriage is now something different than it was before.


If marriage is nothing but human convention, we can shape it as we like.  Does anyone consider that marriage may actually transcend human preferences?


It sounds scary to me.