One of the chief causes of injustice is sin. I suppose you could argue that all injustice is the result of sin, such as greed, selfishness, pride, abuse of power. Some of us fail to love our neighbors by turning a blind eye to their problems. In doing so, we fail to obey the second part of the Great Commandment.

So, one key way to fight injustice is to repent of sin. The more we live in obedience to Christ, the more we conquer injustice.

It does seem, however, that people today are much more willing to point out the sins of others than they are to notice their own sins. I can point out your sin, but I can't repent for you. If you would just quit sinning, then the world would become that much more just. And if I quit sinning too, then justice takes another leap forward.

The key is for me to start with me, and for you to start with you. We all certainly need reminders to keep us (get us) in the repentance mode, but those reminders will be much better received when they come from humble sources. The louder and more obnoxious the voice telling me to behave, the more likely I am to ignore it.

But let me drill down further. I have secret sins, and so do you. Even those secret sins, the sins of the heart, will impede justice. But my sins aren't hurting anybody. Yes, actually, they are. The sins that appear to be victimless actually do hinder the work of God in the world.

Do you want to bring more justice to the world? Start with your own sin. Start with your own sins of the heart. Stop justifying and excusing your sin. Find in Jesus profound forgiveness. Find with his Spirit a desire to do and live as the Spirit directs. As he frees you to live abundantly, he can really work through you to bring justice.

Other people are to blame for this world's injustice. But so are you. Come to Jesus for forgiveness, for eyes to see, for a heart to care about both the oppressed and the oppressors.

No wonder this world needs justice so badly. Let's be part of the solution. 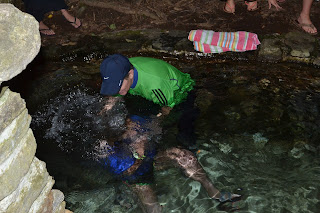