I have wondered where the term "Dixie" came from, and how it came to refer to the American South.  I came across the answer today, doing some background study for an economics seminar with Classical Conversations.

A recent issue of Kids Discover magazine was dedicated to the history of money, from ancient times to today.  In the early decades of American history, there was no real standard currency.  During the 1830s a bank in New Orleans printed some $10 notes, on which they used the French word for ten, dix.  People began calling these bank notes "dixes" or "dixies."  Over time, the term Dixie referred to Louisiana, and eventually the whole south.  [Kids Discover, Vol. 20, Issue 4, April 2010]

We all have a history

The more I study history, the more clear it becomes that people are not perfect.  More specifically, we are all descendants of opportunistic people. 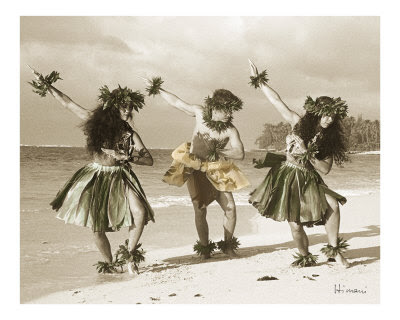 The Western influence on Hawaii, for example, may seem paternalistic or motivated by greed.  In 1778, Captain James Cook discovered the island as he looked for the Northwest Passage.  With Hawaii on the map of Westerners, the islands became targets for merchants and missionaries.  What would have happened if the "real" culture of Hawaii had not been disturbed?  Well, according to some historical theories, the islands of Hawaii were first discovered and inhabited by people from the islands of Marquesas.  Centuries (?) later, the people of Tahiti also discovered Hawaii, and brought with them new elements of culture.

So, when you think of the "real" culture of Hawaii, is it that of the Marquesas or the Tahitians?  And doesn't real Hawaiian culture include the famous luau tradition?  I was surprised to learn that the luau tradition was actually brought to Hawaii by Westerners.  So what is the pure culture?

(We also need to ask if original, native cultures are worth preserving.  In some lands, the native culture includes cannibalism.  Should that be preserved? But that is another discussion.)

We naturally want things to be right and fair.  But human history is full of conquest.  I expect that nearly every land in the world has been conquered at one time or another.  It did not take long in history for there to be no pure cultures.

As lands were conquered, wrongs were done.  Everyone today is descended from a combination of victors and victims.  The wrongs of history cannot be undone.  Perhaps, for recent history, some compensation can be made for victims.

But in the grander scheme of life, we can only do what is right in the here and now.  I follow the laws of real estate for the current government of my land, not the laws of the Native Americans who once lived here.  I can't undo the past, but I can live honorably in the context of my life.  It's the best I can do.

Yesterday at Belews Lake we celebrated new life as two people were baptized.  It was a great time of excitement about the redemption of Jesus and the encouragement of fellow believers.  As the crowd gathered in the light rain, we all felt a spirit of excitement.  It was inspiring to see so many come together to share the moment.

Baptism reminds us of several things.  First it remindes us that Jesus died for us and was buried in a tomb.  On the third day he rose from the dead, winning the victory over death.  Second, it reminds us that anyone who comes to trust Christ has put to death the old, sinful nature, and has received new life in Jesus.  Third, baptism reminds us that we have friends and encouragers who will walk with us through the good times and the bad times of life.

Finally, baptism reminds us that belonging to Jesus is a reason to celebrate!  He frees us from our guilt, gives us spiritual eyes to understand the truth, and showers us with his love.  In Jesus we are truly free and truly alive!

Heaven rejoices with us when someone says through baptism, "I belong to Jesus!"
Posted by David Bailey at 1:04 PM

Life to the Max

I'm reading a book called A Thomas Jefferson Education.  It has lots of good ideas about learning and teaching.  The most important insight is that students have to take responsibility for their own learning.  Teachers can't make students learn.  Unless the student wants to learn, he will never do more than the bare minimum.

Jesus also wants us to take responsibility for our own spiritual growth.  Loving God means knowing him, growing in our relationship with him.  We can read the Bible and pray with a sense of obligation, but unless we bring a hunger for God, we will never really become intimate with him.

If we miss out on intimacy with God, then we have missed out on the best part of life.  So, I want to be a student, a disciple, of Jesus.  I want life to the max.
Posted by David Bailey at 1:34 PM