How can I repent of my great misunderstanding? I have hacked away at life, looking for triumphs, wishing for success, claiming wins. Bur somehow I have severely misunderstood this thing called life.

I thought it was about making a living, about survival and then success. It was about amassing enough income and wealth that I could provide and be comfortable; about having accomplishments of career that validated me. It was a game, and I was to prove that I could compete. I did not have to win, but I could not lose. I could work the system at least enough not to starve.

But life isn't about working the system. It's not even about being comfortable. Its about active, aggressive, loving abandonment to God. It's about selflessly loving those around me.

I have this growing belief that I have been so shaped in my thinking by this American culture that I can't even recognize how God wants me to live. My pattern of thinking is so distorted that I can barely fathom what Jesus says in scripture. How can I possibly understand what he says to me in prayer?

Like Descartes, I need to start at the foundation. What is this thing called life? What's it for? What's my role in it? How does God communicate it all to me? Am I even listening? How does the framework of my mind need to be restructured?

I know I need to repent. That is, I finally realize that every perspective and belief I hold is suspect, and I must be brought under the authority of Jesus. May he somehow break through my Westernized encoding and renew my mind. May he transform me.

May more scales fall from my eyes. How I long to see.

I want to repent, and I don't know how to start. I don't even know what's wrong with my assumptions. I am unaware of my preconceptions. I have been blind, but maybe now I am beginning to see. It's a slow, terrifying dawning.

I see my old self in the attitudes of others. Inwardly I cringe. I feel more and more isolated because I see the flaws, the hypocrisy. I see the arrogance, the pride, the shallowness. I see myself, my old self, I hope.

It's hard to repent when I barely understand my sin. But I know it's there. I know my perspective is much more Western than Christian. That's why it's so hard to see myself through the eyes of Jesus. I already know what he sees, but my knowing is mostly assuming, and now I fear it is mostly wrong.

I can't keep conforming to the pattern of this world--even church world--but I must be transformed by the renewing of my mind.

God has his work cut out for him. But then, he is God, and in the cross and the resurrection, he has already done the work. 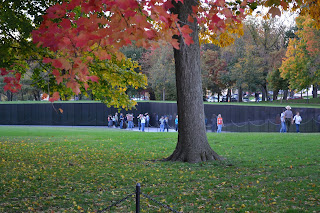 Posted by David Bailey at 10:18 PM No comments: 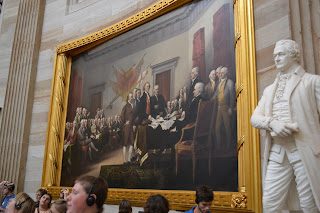 Watching a documentary about Wendell Berry (Look and See: A Portrait of Wendell Berry, available on Netflix), I heard him use a phrase that struck me: "a money economy."

The term almost seems redundant. What other kind of economy is there? When we talk about "the economy," of course we are talking about money and wealth. The word economy comes from the Greek words oikos (house) and nomos (law). So economy means the rule of the house, or how we do things.

In our society, we know which economy really matters. Economists believe that every resource will be used in whatever way will produce the most profit. So, you won't find a vegetable garden along the street in Manhattan...or virtually any other city. That prime real estate can make more money with retail, office, or housing. The pressures of the market force the property to be used for more lucrative purposes. If not now, some day that property will be used to make money--as opposed to food.

And that's the way we think. We just assume that money is everything. 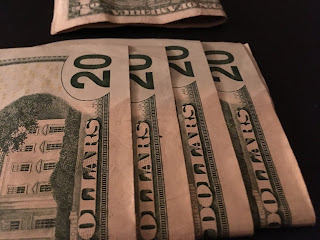 Show me the money.
Follow the money.
Go and make money.
Live long and prosper.
Win the lottery.

What would our world be like if we paid more attention to other economies? How would I be different if I cared about the economies that really matter?
Posted by David Bailey at 8:56 PM

I have heard a lot of criticisms of capitalism lately. Those evil capitalists are exploiting the masses.
All they care about is profit.


For those who criticize capitalism, I wonder if they know what capitalism is, and what the alternatives are. Dictionary.com defines capitalism as: an economic and political system in which a country's trade and industry are controlled by private owners for profit, rather than by the state.

When people own things, they have the right to use those things to produce something worth selling. That's freedom. The theory of free enterprise was spelled out in The Wealth of Nations, by Adam Smith, published 1776. He goes into great detail about specialization of labor, means of production, and the labor force. Many European governments operated as monarchies at the time, so Smith advocated for a system driven by the marketplace, not the whims of a king.

One alternative to capitalism is socialism, as defined by Dictionary.com, a political and economic theory of social organization that advocates that the means of production, distribution, and exchange should be owned or regulated by the community as a whole. Typically in a socialist system the government makes all the business plans, determining what will be made, when, where, and by whom. It is all done for the common good, so everyone has to get with the plan to make it all work. Socialism tends to limit personal incentive to work, as the fruits of one's labor simply go into the collective pile of everything made by everyone.

I found a list of other alternatives to capitalism, and they are esoteric and complex. Really, they are more like philosophies than economic systems. So, when people criticize capitalism, I wonder what they really want instead.

We need to rethink the way capitalism works here today.

Government interference in the marketplace distorts the market. 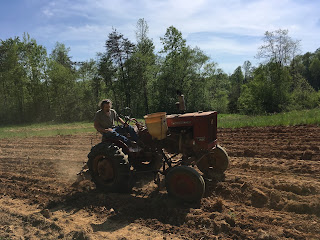 The pursuit of the dollar above all else harms society.


Disregarding the health of the population, private industry markets foods that harm consumers. At some point, food companies need to consider public health above higher profit.

Today, capitalism in America is missing a key ingredient, emphasized by Adam Smith: morality. The free market system only functions well when capitalists care about consumers, when factory owners care about workers, when marketers care about truth.


I’m not ready to throw out capitalism. But it can do a whole lot better than this.

Posted by David Bailey at 9:47 PM No comments: