Get Ready for the Test

We study for tests. We want to be prepared. We want to do well. You cram for final exams. You memorize for the driver’s license test. When you know the test is coming, you can get ready.

But some tests are sneaky. You don’t even know you are being tested. Your boss may give you an impossible task, just to see how you will respond. Could you make the impossible deadline? Your parents let you stay home alone to see how you handle the responsibility. Did you trash the house with 50 of your closest friends? These sneaky tests reveal what’s really inside of you.

The Bible (and all literature) is full of people who were being tested. Would Cain resist anger’s demands, or would he kill his brother? Would Abraham and Sarah trust God to give them a son, even though they were so old? Would Abraham trust God and follow his order to sacrifice Isaac? Would David conquer his lust or commit adultery? Would Peter acknowledge his friendship with Jesus?

Recently I realized that my life is a series of tests of my faith. The same goes for you. These don't have to be sneaky tests, because now we know God is watching. Will I cave in to my fears or will I trust God to take care of me? It’s all a test—every misunderstanding, disappointment, unmet expectation, broken promise, harsh word, failed attempt, accident, sickness. How will I respond?

When I read the tragic stories, I want to tell the characters, “Don’t do it! Can't you see what’s really happening?” Now I know that I am that character. These tests reveal what's really inside of me.

God grant me the grace to trust you through the test! 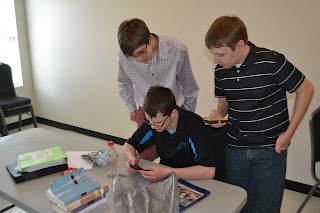 I have been missing out. Maybe you have too. People love you. You don't always realize it. This love can't fulfill its full purpose unless you receive it. To receive love is more than merely acknowledging it. Someone waves at you and you wave back. That interchange, as important as it may be, is complete in mere seconds. But receiving love requires time, attention, and intention.

I so rarely receive love. It's the feeling you get when you hug a loved one and exhale and relax. It's not rushed. It's not distracted. Defenses are down. It is present in the moment.

Most often love comes to us without physical contact. It could be kind words, a timely text, a knowing smile. Love comes to us through thoughtful actions and efforts of others. Love never comes from perfect people, so receiving love implies forgiveness.

Spend a few minutes quietly thinking of someone who loves you. Think of the many ways over the years that this person has shown love to you. Think of the positive message embodied in that person's actions. The message is for you. Receive it. Thank God for it. Let it soak into your soul.

What if we thought every day about a different person who loves us, and received that love? I think it would transform us from the inside out. It would change our attitudes. It would make our problems less threatening.

Maybe receiving love will help us share it better. 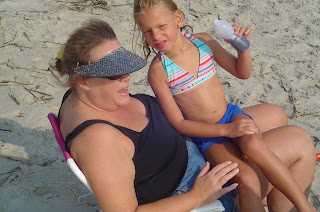