I have been captivated by The Bible Project podcast, and I wish I had found it years ago. Around episode 46, the hosts describe the Torah (Genesis, Exodus, Leviticus, Numbers, and Deuteronomy) as a minority report from the people of Israel. The majority of the Israelites did not perceive the nation's history as it was reported by Moses.

I have always thought that each generation of Jews would carefully teach the Torah to their children, as the highest priority. But alas, they did not. As important as the Torah was, it became lost over the years. Generations of Jews never knew it existed. Then finally around 600 B.C., during the reign of King Josiah, the scrolls of the Torah were discovered somewhere in the Temple. (See 2 Kings 22.)

The Hebrew Bible, or the Old Testament, was carefully and providentially preserved in spite of the carelessness of some of its stewards. It only took one generation (although it was certainly many) to neglect the written history for the whole nation to lose touch with their identity. By the time of Jesus, Jewish scholars had put their Bible at the center of their faith. But they needed Jesus to show them what the scriptures were really all about.

When I read the Old Testament Bible stories of Jewish faithlessness, I need to remember that I may know more of their history than they did.

I wonder what stories we are missing today from our own history. 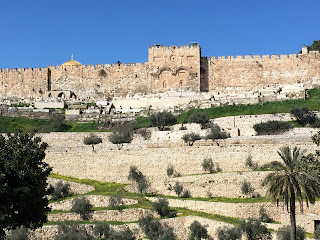