The British royal family provides pop culture with a look at real-life royal majesties. While it looks like a storybook way of life, Harry and Meghan appear not to like the story.

The Royal Couple has decided to opt out of responsibilities associated with the British monarchy. I have always wondered how conscience works in the mind of a prince or princess. From infancy these heirs are addressed as "your royal highness." Most, it seems, come to believe in their own highness. Some take this belief to such an extreme that they believe they can do no wrong. Others use their highness to bring about justice and hopefully prosperity.

But the British monarchy has been built upon untold generations of exploitation. The subjects have always been in service to the crown. And the British empire has reached to every continent on the planet, colonizing along the way. The little people of the undeveloped lands have been organized for their own improvement, and, of course, for the benefit of the empire. Everybody wins when the empire exploits.

As an American, I can see how colonialism can have desirable long term results. But, unfortunately, we Americans have taken too many pages from the imperial playbook. While we have no king, we understand the advantages of building empires and exploiting others.

So, Harry and Meghan sit on the top of the heap of history, enjoying benefits of royal oppression. What is one to do? We can speculate about how much influence the now-princess had on the life-long prince. But I wonder if Harry has experienced pangs of conscience for quite a while. It certainly looks like he has found a soul-mate in Meghan. We may never know if they plotted their defection from royalty all along.

I suspect that Meghan's egalitarian perspective has helped to open Harry's eyes to some absurdities he has always questioned. Why is one family to be so revered? Why must royals adhere to such arbitrary rules, such as the way one crosses her legs? Does any of this seem, well, silly to you, Harry? Do we have to keep playing along?

Does the royal role of highness really bring more justice? Is there any way to correct the wrongs of colonialism? Can monarchy truly be reformed, or is it a lost cause?

If Harry believes that the monarchy is a lost cause, how miserable he must be. To follow his conscience, he would have to turn his back on his family. What a wretched choice he must make.

It seems that Harry's relationship with his brother William has become quite strained. This saddens me the most. As a casual observer, I have always thought that the brothers shared an unbreakable bond. But the tension in Harry's heart seems to be pulling the brothers apart.

What a grave responsibility has been given to these men at birth. May they find wisdom to do what is right.

Maybe it is time to ask some fundamental royal questions. And maybe the empire can really set people free, all around the globe. Meghan and Harry are boldly stepping out and away to experience that freedom. 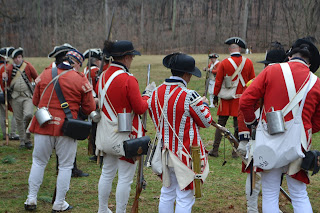