Washington's Advice to Us 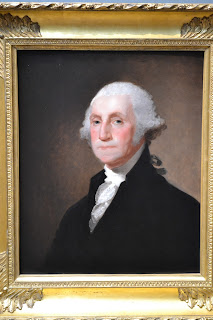 George Washington has some wisdom for us. As he prepared to turn over the reigns of leadership to John Adams, he offered some suggestions, in his Farewell Address.


Watch out for those who would pit areas of the country against each other:


One of the expedients of party to acquire influence within particular districts is to misrepresent the opinions and aims of other districts. You cannot shield yourselves too much against the jealousies and heartburnings which spring from these misrepresentations; they tend to render alien to each other those who ought to be bound together by fraternal affection.


Work against the human tendency toward the “spirit of party.”


I have already intimated to you the danger of parties in the State, with particular reference to the founding of them on geographical discriminations. Let me now take a more comprehensive view, and warn you in the most solemn manner against the baneful effects of the spirit of party generally.


This spirit, unfortunately, is inseparable from our nature, having its root in the strongest passions of the human mind. It exists under different shapes in all governments, more or less stifled, controlled, or repressed; but, in those of the popular form, it is seen in its greatest rankness, and is truly their worst enemy.


Resist the temptation to “pay back” the other side.


A party spirit can lead to severe pendulum swings in governing, often accompanied by efforts to “pay back” the party recently removed from power.


The alternate domination of one faction over another, sharpened by the spirit of revenge, natural to party dissension, which in different ages and countries has perpetrated the most horrid enormities, is itself a frightful despotism. But this leads at length to a more formal and permanent despotism.


Don’t give too much power to anyone.


When public policy swings to greater and greater extremes, people can long for someone to take charge and fix everything. Such a person may be hungry for power, and may consolidate power and threaten the liberty of citizens.


The disorders and miseries which result gradually incline the minds of men to seek security and repose in the absolute power of an individual; and sooner or later the chief of some prevailing faction, more able or more fortunate than his competitors, turns this disposition to the purposes of his own elevation, on the ruins of public liberty.


Without looking forward to an extremity of this kind (which nevertheless ought not to be entirely out of sight), the common and continual mischiefs of the spirit of party are sufficient to make it the interest and duty of a wise people to discourage and restrain it.
Posted by David Bailey at 6:55 PM

I don't know how I missed it.

We have been praying for God to break through to us personally. We have asked God to jolt us out of our ruts, to get our attention, to shake us up. 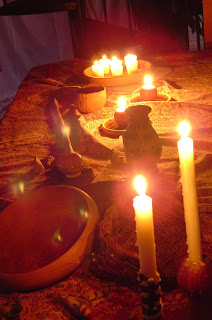 The Spirit took over our worship on Sunday. The music ushered us into the Lord's presence. He spoke as we applied his word. People responded to his challenge. We encountered him as we celebrated holy communion.

God is breaking through to us. Thank you, Lord!

What I missed is this: Real breakthrough from the Lord is actually revival. When he breaks through to us, he breathes new life into us. He REVIVES us.

May we continue to embrace your Spirit, Lord! Even so, come, Lord Jesus!
Posted by David Bailey at 5:25 PM

The Good Thing about this Election

Tomorrow is election day. Like most Americans, I am ready for it to be over. But in the spirit of looking on the bright side, here are a few positives that I see: