We know so much more than all previous generations. We can now look down on their backward thinking, especially concerning these things we now know: 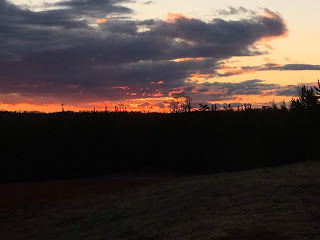 Posted by David Bailey at 8:15 PM No comments:

Parents, be careful what you say to your children, because your consistent words will become their self-talk. Our minds are always working, talking, thinking. This is our self-talk. What we say to ourselves may be the most important aspect of our mental health and our trajectory in life. The words of affirmation or criticism of our parents certainly shape our current thinking, but those words need not determine our lives.

So, have you ever listened to yourself? I mean all those thoughts coursing through your mind. Are you saying helpful things to yourself? Would you talk to a friend like that?

The most important message is the Good News of Jesus, the gospel. This the Good News: God made us, forgives us, and gives his life to us by way of the cross of Jesus. When we receive this News, it changes everything.

All the worries of life pale in comparison to the love of God for us.
He is in charge.
He is our Father.
He won't leave us as orphans.
He puts his Spirit in us to encourage us.
He transforms our pain into strength and hope.
He knows we mess up, and he loves us anyway.
His heart is tender to us.
He transforms us from the inside out, making us more like Christ.
He lets his love flow through us to a hurting world around us.

This is the gospel message, and we need to preach it to ourselves. This is the self-talk of truth. It is self-talk that shapes my soul for good. God uses our own thoughts to transform us. And he lets us choose how we will think. 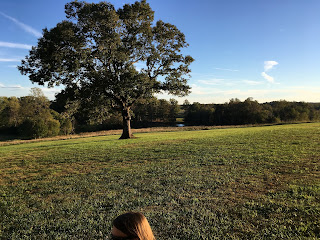 Posted by David Bailey at 12:54 PM No comments:

The abortion debate is heating up again. Unfortunately the "debate" often consists of screaming and name-calling. Rarely does anyone approach the subject with a calm tone.

Abortion advocates speak of choice and reproductive rights. Abortion foes speak of murder and the "two victims" of an abortion procedure. Each side screams its point, joining others of like mind, until we have two choruses, deaf to any other point of view.

What is abortion? In the generic sense, to abort is to terminate. One might abort a mission or a job search. In this context, abortion is the termination of a human egg and sperm, united by fertilization. The termination of this unit must cause the natural progression of developing life to stop. The fertilized egg is alive in an interdependent sense. Abortion causes this life to cease.

It seems to me that the abortion debate hinges on the nature of this embryo or fetus. If we call this mass of cells a "person," then it has a whole range of value that sets it apart from, say, a tumor or a kidney. No one would argue that a vital organ is a person, in and of itself. So diseased kidneys are removed and defective hearts are replaced with transplants. The cells in these organs are alive, but they are not in any sense full persons. At most they are parts of persons.

The human embryo, however, has certainly the potential for personhood. No full grown kidney is an actual person. A full grown embryo is a human being. We agree in our society that once the fetus exits the womb, it is a person. Prior to that exit, personhood is debatable. If I understand abortion law correctly, a fetus may only be legally terminated in the womb. If that fetus, at any stage of development, exits the womb alive, then the fetus becomes a person. To kill that group of cells outside the womb is murder.

The mantra of abortion advocates is "choice." Women should be allowed to choose whether or not to carry a fetus to term and have a baby. We don't allow women to choose to kill their newborns. That is not a legal choice, because the baby is a person. If it is not a person, then to kill it is not murder.

The pro-choice argument, then, is that pregnant women may choose whether or not the life within them is a person. If it is not a person, then it has no rights, and it may be terminated without moral harm.

But allowing citizens to choose personhood or non-personhood for others is dangerous moral ground. This same reasoning was used by many to defend slavery. In fact, the Dred Scott decision of the U.S. Supreme Court in 1857 declared that the former(?) slave Mr. Scott could not be a citizen of the U.S., and therefore had no legal grounds on which to petition the court. He was denied a key element of personhood, and his case was dismissed.

Although the language of "pro-choice" was not used in antebellum America, there were those who personally opposed slavery, but honored the right of others to choose to own slaves. The slaves could be owned because they were not persons. Now these slaves could speak up for themselves, but as long as their personhood was in question, their arguments and objections were also in question.

Throughout history, genocides are fueled by denying the personhood of others.

And our society debates the personhood of the voiceless fetus. If it is not a person, then it may be discarded. If it is a person, then it is sacred and worthy of protection. If this choice of personhood is left to each individual pregnant woman, then we have placed upon her the weight of life and death. It would be just as wrong to have a designated committee vote on the personhood or non-personhood of any woman's pregnancy. This is not a choice for people to make. This is a life created by God or by Nature.

Only a society intoxicated with the belief that it controls everything could make this a choice. But it appears we live in such a society. 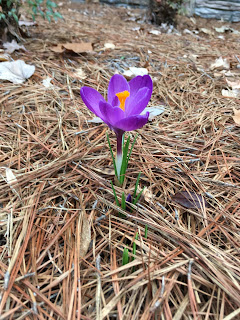