This pandemic-induced season of hibernation makes us long for resurrection. We are ready to come out of the grave. We are ready for new life. This may be the most profound Easter season of our lifetimes.

Our most powerful experiences come after seasons of preparation. "You get out of it what you put into it."

I went to see TobyMac in 2006, probably my favorite concert ever. He was featuring songs from his new album "Portable Sounds." It was a small arena, with probably 2000 people there, no seats, standing crowd. It was great music, great vibe, a great connection between artist and fans. I got into it. I had bought the album about a week before the event, and had listened to it a couple of times. After the concert, I listened to the CD over and over. I really let the songs get to my heart.

Then I realized that the concert would have meant so much more to me if I had really known the songs before. It was a great show, and I loved it. But I would have experienced it more if I could have freely sung along and danced with abandon.

That's how it is with Easter. The more we prepare our hearts, the more we can sing along and dance with abandon. The season of Lent encourages that effort of preparation. We look more deeply in the mirror, so that we can gaze more gratefully at Jesus.

We are beginning a new series at Crossroads this Sunday, "Ready for Resurrection," based on Genesis 3:17-19.

February 21, Humble Dust
We remember how frail we are and how prone to mess up.

February 28, Cursed Dirt
We dig into the frustration of having to fight for survival against the elements of creation.

March 7, Food Fight
The struggle of finding food is often lost on us today. But this battle is real, and it's heating up now.

March 14, Work of Work
Making a living means toil and sweat, but it still should be a blessing.

March 21, Life Cycle
Death is now part of life, and it's all part of a much bigger story. 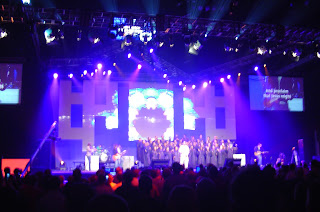 What's Lent all about?

I remember Lent from my teenage years. My friends at school would talk about what they would "give up for Lent." I didn't know when Lent started, but I knew that it was somehow connected to Easter. At  least I knew that my sacrificing could stop after Easter. In recent years, Lent seems to be catching on in wider circles among believers that I know. So, what's it all about?

The word "lent" literally means "lengthening (of days)," and the German word for spring is "Lenz" (from dictionary.com). According to wikipedia.com, the exact origin of the celebration of lent is uncertain, but it seems to date back to around A.D. 325.

Baptisms were often done on Easter, and candidates for baptism were encouraged to fast leading up to the ceremony. This linked the fasting of lent with Easter. People may fast from certain foods, beverages, or practices. The 40 days of lent recall the 40 days that Jesus spent in the desert, being tempted by Satan. There are six Sundays in the the season of lent, and fasts may be broken on those Sundays. So the whole season of lent lasts 46 days.

Today lent is celebrated as a time of preparation for Easter. In order to experience Easter fully, you need to have the right frame of mind, body, and spirit. The practices of lent help a Christian better understand the suffering, sacrifice, and compassion of Jesus.

More about preparation next time. 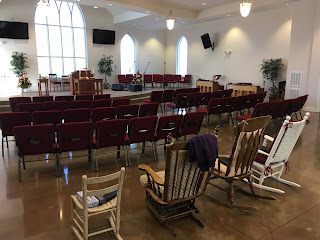