On Columbus and Motives

It was 528 years ago today that Christopher Columbus first came ashore on the island we know as San Salvador. Happy Columbus Day.

He and his crew bravely set sail to find a new route to an Old World. But they actually found a New World. Columbus never knew what he had found. In fact Columbus made three more trips to the New World, always persuaded that he was exploring southeast Asia. 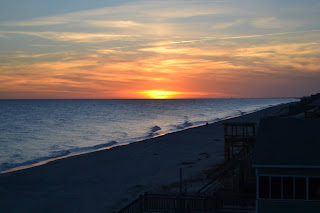 For centuries Columbus has been celebrated in this New World. Today's his day. Countries and cities are named by him and for him. In recent times we have rethought his status as a hero. He seems to be a man of great contradictions.

On the one hand he wanted to claim his discoveries for Christ, bringing Christendom to savages. On the other hand, he and his crews took all the riches they could find and treated many indigenous peoples savagely. His discoveries ushered in a new age of colonization, in which European nations employed native tribes to harvest riches of resources.

So, was Columbus a good guy or a bad guy? It's complicated. Like all of us he was a complicated person. We may never know his true motives. His bravery and leadership led to important discoveries. His greed and cruelty led to centuries of exploitation. There is no simple answer to the character of Columbus. He was a complex person. We can't dismiss him as evil any more than we can hail him as flawless.

We also need to be careful when judging history. History is complicated, just as people are complicated. If Columbus had not discovered the New World, someone would have. How might have history unfolded differently? We can never know. Rather than harshly judging historical events, we ought to learn what has happened and recognize our own responsibilities today. Were wrong committed? Of course. Is there something we can do today to correct historical wrongs? Let's make appropriate changes today.

More importantly, let's evaluate our own times--policies, practices, laws, traditions--and commit to do what is right today. Future generations will certainly find fault with us in the 21st century. Let's find those flaws in our systems now, and do what is good.