What in the world is happening? As I drive past flags flying at half-staff, I try to remember why. Was it the massacre in Orlando? Since then, we have cringed as story after story reminds us of the brokenness of this world: Minneapolis, Baton Rouge, Nice, Dallas, Baton Rouge. When is the flag ever flying high any more?

Pundits and politicians seize on every new story to advance some political agenda. They try to manipulate public opinion for the sake of votes and power. They sow seeds of division to advance their side. The more one side fights, the more the other side responds in kind. People are labeled, defamed, ambushed, and murdered.

The masses want to fight fire with fire. Rhetoric ratchets up. People stop listening and dismiss everything they hear from those people in that camp. They stop thinking for themselves and listen to the loudest voices on their "side." These voices stir up hate and suspicion, calling out the worst in human nature. Clearly this pattern makes our problems worse.

Christ calls us to this kind of humility at the cross. We are broken. We need redemption from our 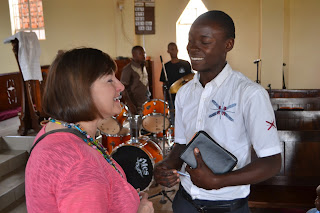 sinful natures. Jesus paid the price for this redemption on the cross, giving his life as a sacrifice to atone for our sins. This is good news, but it can only be received with humility, admitting that we need a Savior.

There is no law, no politician, no policy that can diffuse the hate and fear of the human heart. Only Jesus can do this.

That's why the church needs to stand up and stand together, across those barriers that divide us. Jesus has broken down the wall of hostility between people who are different. (Ephesians 2:11-22) Only Jesus can change the heart. He does that every day as people surrender to him.

We can't put our hope in politics. We need good government, but government can't give me the right perspective. Only God can do that.

Today we celebrate the 240th anniversary of the independence of the United States. We have much to celebrate.

Here's what I value about our country.

We are founded on timeless principles, as described in the Declaration of Independence.

Further, in the Constitution, we have specific rights enumerated, including the following.

Our country's principles declare that people matter, regardless of who they are. In a state of freedom, all people are allowed to pursue whatever endeavors they wish.

We have, unfortunately, found that living out these principles is quite difficult.

Europeans who claimed this continent failed to treat Native Americans fairly in many cases. The issues were certainly complex, and many whites tried to deal honorably with the Indians, but too often, brute force outweighed justice.

As the Constitution was hammered out, wording was included to allow slavery, at least for 20 years. Without these provisions, many states would have rejected the document. The most costly war in our country's history was fought to settle the issue. Even so, fallout from the institution of slavery remains to this day.

The American system of justice seems to favor the powerful, the rich, the connected, and white people. 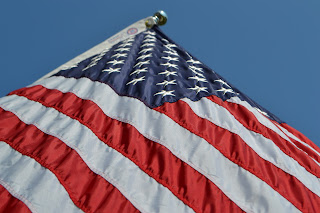 Our country's foreign policy mettles in the affairs of almost every other country in the world. In every war, every conflict, we take sides. We often try to manipulate the outcome in issues that are none of our business.

We create policies that lead to dependence on government. As a result, personal effort is too often replaced by a sense of entitlement. Rather than relying on God, we have come to rely on government.

In spite of these issues, our country has brought much good to this world. We can and should celebrate our country, coupling national pride with healthy humility. May we reclaim our founding principles and seek liberty and justice for all.