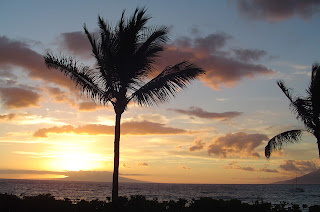 Last night my wife and I were talking to our nineteen-year-old about the old days, i.e. the days  before she was born.  When we lived in South Georgia, we would occasionally take trips to the Gulf coast, to a Florida state park on St. George Island.  We always went in the off season, and rarely saw anyone else there.  We were poor, and it was free.


We would soak up the winter sun, read, talk, relax, nap.  We left the world behind us.  In the late 1980s, no one had cell phones, and so we  could really unplug.


My daughter had a few questions:  Did you tell anyone where you were going?  (Sometimes yes, sometimes no.)  What if someone needed you?  How could they reach you?


The short answer is that they couldn’t.  There was no way to reach us by phone.  The park welcome center was unmanned and locked, except for the restrooms.  We never interacted with the few parties who also came to the park.  We were unreachable, unless someone sent the sheriff to find us.  And that never happened.  Our high-tech answering machine on our home phone served as our connection with any news we might need.


I checked the machine first thing when we returned home.  The blinks of the light told me how many messages were awaiting my attention.  A non-blinking light soothed my soul, because I knew that we had not missed anything.


Stories of retreat and inaccessibility sound like fairy tales to my children.  How did we get along?  It almost defies imagination.  In those days, people took vacations and had no contact with family, friends or work.  It was part of life:  detaching and getting away, recharging, relaxing.  How quaint.


Today unplugging feels like holding your breath under water.  You can only do it for so long or you will drown.  We reenter the state of connectedness when our flights arrive, when the movie is over, when we drive back down the mountain to the land of cellular towers.  Yet our ancestors actually lived in a normal state of disconnection.  They connected only when they went to their (physical) mailboxes, when they read their newspapers, when they turned on the one hour of local and national television news.


Only old people, old-fashioned people and hermits live like that today.


But for the hip and enlightened, our troubles and responsibilities are now portable, following us everywhere we go.  Vacation becomes only a change of scenery, a chance to check occasionally (not constantly) for new messages, a scavenger hunt for wi-fi.  We only respond to the urgent stuff.  And then we follow up to make sure our message was received.


How can anyone really take vacation today?  Or even a day off?  The world expects us to stay in touch.  We oblige.  On the typical day we follow tweets and posts and blogs.  We check the news through the day.  We respond to texts and the stray phone call.  On vacation, we just scale it back.  And feel guilty.


We didn’t check in enough.


Or we didn’t unplug enough.


There is no win.


I’ll Google it and let you know.

I have been more intentional with my exercise and diet lately.  It's almost like I can't get away from it.  Friends and family have been getting in shape, and I'm right there with them.

Right now I'm training for the Belews Lake Triathlon on September 14.  This will be my third shot at the event, and I plan to keep improving my time.

But I digress.  When it comes to food these days, I'm having a hard time.  I stare in the pantry and in the fridge, and I can't find anything I want to eat.  My old standbys, chicken noodle soup and ravioli, are now taboo.  They are processed food, and are therefore evil.

The good news is that bacon is back on my menu.  I gave up bacon a few years ago, and now I understand that it is super-healthy.  Oh yes!  Well, maybe not "super" healthy, but at least it won't kill me before sundown.  It is part of a healthy diet.
﻿﻿﻿﻿﻿﻿﻿﻿
Now, I'm not yet giving up my breads, but I am slightly more selective about eating refined sugar.  I'm really enjoying the fresh fruits and veggies.
﻿
But the real problem surfaces in the grocery store.  I walk through thinking that I can buy whatever I want to take home and eat.  My thoughts go like this:  Not that, not that, too expensive, too much work, we just ate that, too processed.  Partly, I think that more exercise actually makes me less hungry, strange as that may be.

Here's why the problem keeps coming up.  With my wife traveling for work more this summer, the kids and I are in charge of meals.  So mealtime starts to look like a chore.  Repeatedly, every day, I have to figure out what to eat.  Is it just me?  Well, my kids are feeling the same way.  Maybe they just don't want to eat my cooking.

Now I need to repent for complaining about food when God has blessed us with plenty.  Maybe I should pray over my menu...
Posted by David Bailey at 3:41 PM

Lies that I Believe

My brain is a complicated piece of equipment.  I have spent more than half a century cultivating my patterns of thinking.  I’m learning to take a step back and consider why I think like that.  Much of what I take for granted is not really true.  That’s a scary thought… 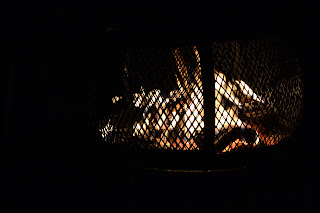 Jesus tells us that the devil speaks his native language when he lies (see John 8), and he is still in the business of lying.

It turns out that I'm more of a sucker than I thought.  Below I have listed a few of the lies I have identified.  There may be a kernel of truth in some of these statements, but for the most part, they are utterly false.  It derails God’s work in my life when I agree with these ideas from the devil.


When I identify these wrong patterns of thinking, I can see that they don’t come from Jesus.  I can ask him to show me the truth, and the lies lose their power.  He sets me free!
Here are some of his lies that I tend to believe:


What lies are on your list?  Ask Jesus to expose your stinking thinking, and ask him to speak truth to you.  He will set you free!
Posted by David Bailey at 7:38 PM

The Least of These

In the Parable of the Sheep and the Goats in Matthew 25, Jesus tells us to take care of the “least of these.”   He mentions those who are hungry, thirsty, alone, sick, naked and in prison.  These are people with physical, social, spiritual and legal needs.  All around us we find people with needs.

We can’t help everyone, but we can help someone.  Who are the “least of these” to you?


Just this week I have talked with people for whom the least of these are the mentally disabled, the social outcast needing work, and the immigrant population.

﻿
For whom has God given you compassion?  How can you reach out to them in the name of Jesus and make their lives better?  Where do you need to start?  Who shares your compassion for them?  What’s stopping you?


Jesus calls us to share his love to the “least of these.”  Let’s live it boldly!
Posted by David Bailey at 11:12 AM

Independence Day provides an opportunity for us to reflect on our nation’s founding principles.  Our government has become so expansive and extensive, we can lose sight of the real purpose of government.


I have wondered why humanity creates governments anyway.  All governments have the power of coercion and force.  Why would such institutions be created?  The Founders asked such questions, and sought to create a system that would minimize the evils of government and maximize the opportunities of citizens.


In the Declaration of Independence, the members of Congress described the role and purpose of government.  They began with truths so old, so apparent, that they needed neither explanation nor defense.


·         The purpose of government is to secure these rights under the consent of the governed.


Further, when a government works against these rights, “it is the Right of the People to alter or abolish it.”  And so the American Revolution was justified on this basis.  British rule had become so intrusive, so oppressive, that it worked against the freedoms that government should protect. 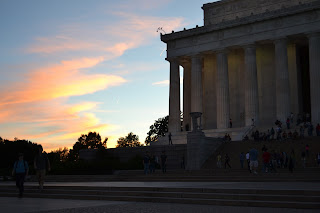 After a few years under the Articles of Confederation, the United States decided that they needed  a more comprehensive system of government.  The U.S. Constitution with the Bill of Rights became the supreme law of the land.  The document calls for a system of limited government with authority shared among three branches of government.  The Founders understood the corrupting influence of power, and sought to keep government leaders accountable.  All the branches of government would have built-in limitations.  The Founders realized that governments naturally grow, seizing more and more power.  This new government would have only specified powers, and all other powers would belong to the States or the people.  Corruption would have its limits as power had its limits.

In the 237 years since John Hancock signed the Declaration, prevailing ideas about government may have changed.  The “new” ideas give more power to government, and ignore the probability of corruption.  Today’s popular culture would include the following as guiding principles for government.


·         Government respects all ideas and philosophies as equally valid.


·         Government protects citizens from negative consequences of their own irresponsible actions.


These well-intentioned powers of government tend to work against the very freedoms that governments should protect.  In other words, this new philosophy is actually the ancient philosophy of government as benefactor.  In order to fulfill such a role, government defines fairness, seizes assets and distributes them accordingly.  Tragically, this philosophy makes government sovereign, the entity that endows its citizens with specified, arbitrary rights.


The new day of government is really a return to ancient, oppressive, authoritarian forms of government rejected by our Founders.


It is time for our country to wake up and return to freedom.  God has endowed us with these unalienable rights.  Our Founders were willing to fight for them.
Posted by David Bailey at 2:32 PM