As our church prayed last Sunday for racial reconciliation in our country, someone mentioned the leadership of Dr. Martin Luther King, Jr. I suddenly realized how blessed we are that he, and not a voice of violence, rose to such prominence in the 1960s civil rights movement.

Revolutionary leaders have emerged in other countries, calling for vandalism and armed rebellion to throw off oppression. But in America, we are blessed--more than we can imagine--that Dr. King is our nation's conscience for equality.

Even now, 50 years later, civil rights leaders look to the example of Dr. King for inspiration. Think of the powerful principles he embodied.

King firmly believed that might doesn't make right. Right makes right. King called us to recognize equality because it is right in the eyes of God. His peaceful resistance spoke truth to power.

King applied the gospel of Jesus Christ to the problem of racism. This gospel demands that the oppressors repent, and it empowers the oppressed to forgive. Only through such changes of heart can healing begin.

The methods of King, inspired by Jesus, kept the tensions from spiraling into civil war. Protesting for equality with peaceful but defiant actions forced our nation to repent.

Yes, things have gotten better, but we have a long ways to go.

What do you mean we are out of gas? How can that be? There's no oil shortage.

Suddenly we evaluate every trip we make. We wonder if we can find fuel at our destination.
I can think of a few errands I could run, but I really want to preserve my fuel. My process of evaluating has changed.

I see again how much I take for granted. I never really thought about where this gas comes from. It comes out of hose at any gas station. I had no idea that we rely on a pipeline that covers 11 states, from Texas to New York.

Yesterday I went to three gas stations before I found one with fuel.

One leak in one pipeline puts a serious cramp in our daily lives. Turns out, we can't imagine life without gasoline.

What else is essential to life for us? And is gasoline essential? I'm just glad this is not a food shortage. 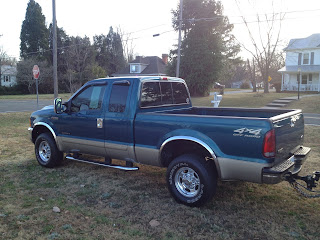 Why We Need a Breakthrough

We all need a breakthrough. Life is more than survival and accumulating things. God can break through to us so that we see what really matters, what life is really all about.

This is why you need a breakthrough:


We need breakthroughs regularly in life. Life gets better when we get better (says motivational speaker Brian Tracy), and we can't really get any better without taking life to the next level. Those life leaps take place when God breaks through to us. 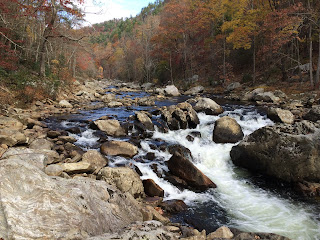 In our Breakthrough series, beginning this Sunday, we will learn to find and harness those Breakthrough moments of life!

I'm not a big binge-watcher, but I watched the whole first season of Stranger Things in about a week. Okay, there are only eight episodes, so that's barely more than one per day. To call that binge-watching is like calling Hurricane Hermine a thunderstorm.

But Stranger Things depicts a reality that's right here, but in another dimension. Researchers in the story have opened a portal to this underworld, dubbed "Upside Down" by the main characters. Other portals to this hidden world appear and disappear as the story unfolds. No one knows when, why, or how these portals open, but they provide glimpses and gateways into this dark reality.

Back to the real world. There is another dimension to this reality, a spiritual dimension. We encounter this dimension on some rare occasions in our lives. A mother senses something significant about her child--an accident, an illness, a broken heart. All alone, we feel like someone is watching us. Coincidences occur, as if someone is writing a story. We stare up into the night sky and know that there is meaning in the universe. 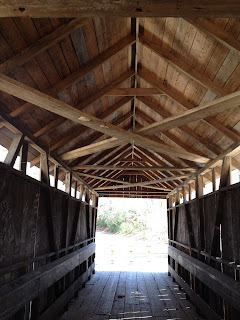 There are thin places that do not depend on location. In conversation, we sense something about the other person, something they have not said. In personal or corporate worship we feel the weight of God's presence. God reveals deep truth to us about ourselves or about a relationship. In prayer, the typical static from heaven becomes high definition conversation.

In thin places, heaven touches earth. God reveals himself. He gives us a glimpse into the deeper truths of reality. The closer I come to him, the more thin places I experience.

We need him to break into our lives. We all know it. And he eagerly desires to show his glory.

Our Breakthrough series begins on September 18.