Yes, it's a big itch. Somehow this stuff finds me. My last two bouts with itchy plants have been particularly severe, and I never saw the offending plants.

I am rather an expert at spotting poison ivy and poison oak. Poison sumac, I'm not so sure about. Apparently it was sumac that attacked me in August. Then last week I was pulling out kudzu when again I was exposed to urushiol, the poison in those poison plants. The gap between my work gloves and my long sleeves provided plenty of room for skin contamination.

I did wash my arms, but not soon enough, not thoroughly enough. Sigh.

I have heard that the reaction to these poison plants worsens with each exposure. And I've been getting the rash since childhood. I have gone for months and years with no breakouts, but this season has been brutal for me.

I want to find some spiritual lesson in this, or maybe a Bible verse about no itching in heaven. In the meantime, I can only try soaps and lotions to treat myself.

I promise to be more careful. I promise to wash my skin, way more than necessary. I promise to keep looking for something good in these plants. No, that's a lie. I just want to kill it.

I need to start with a disclaimer here. I have not researched the case for giving reparations to descendants of American slaves. There may be some compelling reasons for the U.S. to make these payments. But in my ignorance, I have a few observations.

Americans of African descent live in a context that white people cannot begin to understand. A black friend of mine told me recently that if his car broke down at night along a highway near Stokesdale, he would not consider leaving his vehicle to find help. It would be dangerous for him to flag down another car or to approach a house nearby. People would feel threatened by him and could cause him harm. That is not the world I live in as a white man.

Money fixes everything. Or so we think. Our American capitalist society agrees that everything can be monetized. Spending money equals addressing a problem. If Americans of African descent have been wronged, then we can buy our way of it. The payments might not make things right, but they will make things better, the thought goes. And if things are not actually better, at least we did something. We tried. This mode of thinking minimizes the struggles of black Americans. It is based on a false assumption: that money will fix everything. But reparations cannot make my friend feel safe on a roadside at night. No amount of money can change that.

Reparations can actually be harmful to the recipients. An American Indian friend of mine believes that reparations to Native Americans exacerbated their plight. He talks about growing up on "the res" and the struggles of his neighbors to navigate in the broader American culture. Not only did the reparations fail to help, they actually hurt Native Americans. I must confess that I was unaware of these payments to Indians, but my friend saw a lot of negative fallout from them. Reparations for African Americans might work better than those for Native Americans. But we would do well to anticipate unintended consequences from reparations.

I think reparation payments are the wrong approach to the racial divide in America. This divide runs much deeper than dollars and cents. Hearts and attitudes need to change. And maybe that will get us started on changing law enforcement, food systems, the judicial system, hiring practices, lending practices, and mistrust. 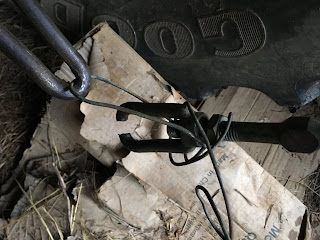 
So, we went to the Dixie Classic Fair for the last time on Saturday. Next year the Fair will have a different name. Now we know that the word “Dixie” is offensive. So much for Dixie Cups and Dixie Chicks.

The term Dixie actually comes from New Orleans, where French culture influenced the local slang. In French the word for ten is dix. The ten dollar bills that circulated were known as “dixes.” Over time people associated dixes with the Louisiana region and eventually all of the South was known as “Dixie.”

I have rejected the effort to change the Fair’s name because it attributes a racist, hateful quality to a word that has no such meaning. Or does it?

Thanks to an article in the Greensboro News & Record, I learned that there is more to it. The Fair began in 1882 as a grain exposition. A few years later they included tobacco in the exposition. From there the Fair grew. But in 1956 they changed the name from the Winston-Salem Fair to the Dixie Classic Fair. It was a whites-only event. The (Colored) Carolina Fair was the black version in the 1950s. Until 1963, the DC Fair remained for whites only. Hmm, does that look racist?

The article quoted a Winston-Salem resident who remembers being excluded from the DC Fair as a child. She surely sees the name of the Fair differently than I do.

I wish they would not change the name of the Fair. I have decades of Fair memories, especially with my children. The Fair represents happy, carefree times—times of cotton candy, funnel cakes, Ferris 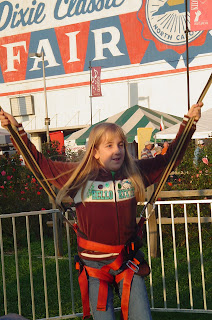 That’s not the case for everyone.

Would I be willing to accept a name change, even though I don’t like it? Maybe that is especially appropriate. African Americans for centuries have had things forced on them. Things that were not right, not fair, not reasonable. An event name change is a small annoyance for me. Maybe, just maybe, I might have some slight idea of the injustice our neighbors have endured for generations. Maybe this name change will help me see that many people look differently at the DC Fair. Events that bring me happy memories can bring painful memories to others. Maybe they should just get over it.

Maybe with the name change I should just get over it.

I wish they would not change the name of the Fair.

Even more, I wish that the Fair had never excluded anyone.