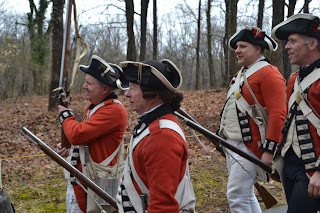 Everyone inherits a life situation. No one creates the setting for her own life. We arrive on the scene, surrounded by people who seem to know what they are doing, and we try to make the best of it. We can exploit the situation (see previous post), we can cooperate with the situation, or we can resist the situation.

I think most people opt to cooperate with life's situation. We follow the rules (mostly) and try to maximize our own comfort. We play the hand we are dealt, and we play to win--whatever winning means to us. It could mean making money, having toys, owning land, experiencing pleasure, enjoying peace and quiet, raising children, wielding power, achieving fame. We decide what matters most to us, and we go for it.

Think about the world Southerners inherited in the early 1800s. In the antebellum South, many accepted slavery because there seemed to be no way out of it. The South had followed their “peculiar institution” down into a dark, wicked cavern, where they could only light candles and share blankets to deal with the wretched conditions. Finding a way out was impossible. Freeing the slaves was inhumane—what would they do with no one to feed them and house them? Within this entrenched, imperfect system, people had to live life.

So with this loaded inheritance, many chose to cooperate with life's circumstances. They learned their place in the system and sought to make the most of it. Landowners leveraged slavery to work their land and make a profit. It was all perfectly legal. Matriarchs learned how to run their households, caring for their children and managing the slaves. Merchants engaged in every kind of legal trade. Soldiers followed orders.

Some slaves, meanwhile, became resigned to their lot in life, and cooperated with the system for the sake of personal health and safety.

Of course we can find plenty wrong with the social and economic systems of the American South in the early 1800s. But it seems that most people accepted the system as it was, and made the most of it. They cooperated to their own comfort.

And today, most people cooperate with the system. They don't openly exploit others, but work the system to their own advantage. For some people this works well. Others become frustrated; they continue to aspire and adapt, even if they never accomplish.

Unfortunately this spirit of cooperation can be rather selfish. We work the system for our own advantage, never asking if this system is good, right, or fair. It's just our inheritance. We accept it, so often, without question. If it works for us--or if it might someday work for us--we just accept it.

As this attitude prevails, our world barely and rarely changes. Rather than making the world a better place, we make ourselves better suited for this imperfect world.

All we have is this moment. It is our inheritance. And it is loaded. What I mean is that the people before us blew it. Well, not all of them, but most of them. They blew it. They behaved selfishly in ways we cannot imagine. In ways that, well, we would never behave. And so we inherit a world that’s far from right, because of all those selfish ancestors. Yes, there were a few shining examples of virtue, but even these heroes and heroines had their flaws.


So, here we are, in an unfair world. It is full of abuses, corruption, and violence, with systems that protect the powerful and oppress the poor. This is our world. This is our inheritance. How do we live in such a world?


We have three choices:

History books overflow with stories of the exploiters of inheritance. Alexander the Great inherited the throne of Macedonia after his father Philip II was assassinated in 326 B.C. He took the reins of power and marshalled forces to keep territories from revolting. After securing his throne, he kept the military spirit and took over much of the known world. He exploited his inheritance and seems well regarded by history.

All the rulers of Rome exploited their situations, from Julius Caesar to Trajan to Constantine. They made moves to gain and retain power. One strains to think of a figure in Western history who did not exploit his situation to personal benefit.


Even among the American Founding Fathers we see a struggle for power. George Washington's cabinet wrestled through a power struggle so painful that in his Farewell Address, he cautioned against the tug-of-war caused by the rule of alternating factions of power.

Closer to home, the antebellum American South sought to leverage their "peculiar institution" of slavery into an economic profit machine. They inherited this institution and exploited it (by brutally exploiting people) to their own advantage.

Later in the 19th century, the Robber Barons exploited the opportunities provided by the industrial revolution, amassing unprecedented wealth, often through unethical means. They seized the day for their own advantage.

Of course we know of all the evil dictators who gained and exploited power: Hitler, Mao, Stalin, Mussolini, Hirohito, Idi Amin, Fidel Castro, and Pol Pot, to name a few.

And we all know stories of opportunistic bosses or relatives or neighbors who have selfishly manipulated people and circumstances to get what they want -- power, money, recognition, adoration, position, etc. They saw the system in place, played their cards right, and came out on top.

So, that's one way to deal with your loaded inheritance: just make the most of it, selfishly getting all you can manage of everything you want, disregarding others in the process. You will be in the company of many well-known people. Then again, do you want to pass along that legacy to future generations?

Next time:
Loaded Inheritance: Cooperation
Posted by David Bailey at 11:42 AM No comments: