The Promised Land for the New Year

After the Exodus, God sent his people Israel into Canaan, the Promised Land, and he promised that he would help them take the land.  He prepared them for battle, warning them what lay ahead, and sometimes giving them specific military strategy.  He also prepared the way for them naturally, by sending hornets ahead of the Israelites, causing the Canaanites to flee the land.  God promised to drive the Canaanites out gradually, so that Israel could take over the land gradually and not be overwhelmed.  (Deuteronomy 7:20-25) 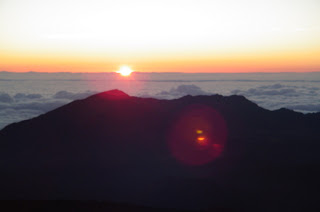 Our souls are like the Promised Land.  We are all messed up in one way or another; our past is full of mistakes and rebellion; our thinking is distorted and not based on reality.  The enemy of our souls occupies territory in our souls, and refuses to yield ground.  He holds this territory with lies and deception.  When we agree with those lies, the territory remains under enemy control.  The Bible calls these areas "strongholds" (2 Corinthians 10:4).  The Canaanites controlled the land which God had given to Israel.  So Satan controls parts of our souls, all of which rightly belong to Christ.  Whenever we let fear or guilt or anger dominate our thoughts and distort our perception of reality, we can see the influence of the enemy.  To one degree or another, we all struggle with this influence.

The good news is that God is delivering us.  He gradually opens up territory of our souls so that we can be free.  God uses circumstances and the natural maturing of life as he used the hornets in Canaan:  he opens our minds gradually to see the world from a grown-up, spiritual point of view.  He doesn't show us everything at once, but over time he reveals the truth to us and exposes the lies of the enemy.

When the truth is revealed and the lies exposed, we often have to do battle to claim that new territory.  It doesn't come easily, even with God's help.  We have to work for it.  We have to stand on God's word as truth, in spite of what circumstances or the world may say.  We have to choose to live in faith.  We must intentionally reject our old ways of thinking, even though they are so familiar and comfortable.  We have to remind ourselves that we are tired of living under the devil's deception.

I marvel at how gently God reveals my wrong patterns of thinking.  I also marvel at my old mental ruts.  My old habits of thought continually lead me back into stinking thinking.

Life in Christ, full of the Holy Spirit is the Promised Land.  It is where God wants me to dwell.  Every day Jesus is claiming new territory in my soul, and I have to fight to take it.

Really, Jesus won the battle on cross.  He took the territory.  He won the victory.  I just have to believe it and trust him.  That changes the way I live.  That's how God changes the world.

The New Year is a great time for a new beginning, choosing to live in the Promised Land!

Christmas calls us back to the years gone by. We can feel the cold, smell the cinnamon, and hear the old favorite Christmas songs. 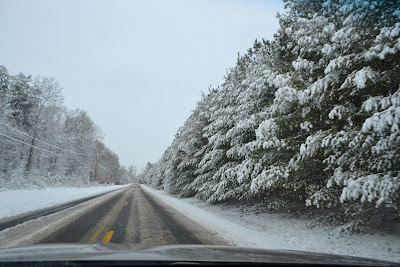 One of my favorite Christmas presents from childhood was an electric train. I remember asking Santa for the train, and he delivered. It had a horn, a light-up crossing sign and an automatic uncoupler feature. You could even make smoke come out of the smokestack. I still have that Lionel train, and it still works. Some of the pieces are missing, but I still enjoy setting it up. It seems like Christmas is the perfect time to pull it out. The sounds remind me of childhood.

I also remember getting Major Matt Mason, an action figure who came out before they knew what to call dolls for boys. He was the brave astronaut who ventured into the void of outer space, doing daring things that I can’t remember. This was just a year or two before Neil Armstrong and company actually landed on the moon.

In my neighborhood we had a tradition of lining the streets with luminarias, brown paper bags with a little sand in the bottom and a votive candle. All the neighbors would light the candles every night for a few nights before Christmas. The neighborhood glowed with ribbons of light winding through the hills and trees. Neighbors agreed to keep their lights off, allowing the bags to light the night. People came from all around to drive slowly, without headlights, experiencing the glow of neighbors celebrating together. We strolled the streets with friends and time stood still.
Jesus was touching my heart, and I didn’t even know it.
Posted by David Bailey at 4:29 PM

Sometimes that is a throw-away word.  Boring.  It can mean a general negative feeling toward something or someone.  Math is boring.  No it isn't, unless you are just mindlessly crunching numbers.  Students may say that math is boring, but usually they mean that they don't get it and they are tired of working on it.
Sometimes people say that the Christian life is boring.  What does that mean?  I think it means that they believe the Christian life is safe and predictable.  It is not challenging.  It means going to the right places, reading the right books, watching the right TV shows, praying the right prayers.  It means staying out of trouble and being nice.  It means fitting into a mold.
Jesus certainly did not fit into a mold.  As I look at the life of Jesus, I don't see anything boring about it.  He was always on the move, but never in a hurry.  He was constantly following the Father's lead.  He was speaking the truth in love, and with a great deal of confrontation.  He was not afraid to call out hypocrisy or any other sin.  Jesus surprised people with his answers and his questions.  He called people to follow him and loved the unlovable.  He went willingly into the city where people were conspiring to kill him.
I believe the Christian life should be lived on the edge.  It should be on the cutting edge of the work God is doing.  It should be daring.  It should never become routine.
God wants more for us.
If we are living by faith, we will constantly need for God to show up.  We will face hardship and failure.  We will be challenged to face our fears, to face the truth about ourselves.  We will confront evil and be persecuted.
That's not boring.  And unfortunately it's not what my Christian life looks like.  Yet.
Posted by David Bailey at 2:54 PM