Most people know the story of Jesus and the Rich Young Man.  He asks Jesus, the "good teacher," what he must do to inherit eternal life.  Jesus reminds him that no one is good but God, and that God wants us to keep the commandments.  The man seems to believe that he has fully kept God's commands since childhood.  He must think that he's good, even though only God is good. 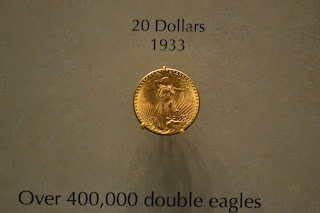 Jesus then brings it home.  In love, Jesus tells him, "One thing you lack.  Go, sell everything you have and give it to the poor, and you will have treasure in heaven.  Then come, follow me."

Of course the man was disappointed because he did not want to get rid of his stuff.

As I read that story, I wonder why Jesus told the man to sell his possessions.  Couldn't he just give his possessions without selling them?  Why did Jesus add the extra step?  I have a few ideas.

Maybe Jesus wanted the man to see again and catalog all of his possessions.  Even before he sold anything, he could see how his abundant possessions owned him.  It would be a cathartic experience to part with the items one by one.  At the end of the process he might understand that having a relationship with God was the only thing that mattered anyway.

Maybe Jesus wanted the man to take the time to organize the sale of his worldly goods.  He would have to arrange for his rich friends to come and buy his possessions.  In planning the process, he would learn about human nature and the corrupting power of wealth.

Maybe Jesus wanted the man to witness the contrast between the rich who purchased the items and the poor to whom he gave the money.

Following Jesus is not easy.  There is a lot that gets in the way.  Whoever we are, Jesus wants us to give up everything and follow him.  When we let go of our possessions, they let go of us.