OK, with all the talk about fasting, I have to tell this story.  For a more serious post on fasting, click here.


In my freshman year of college, my roommate, Cres, and I got into a competitive spirit about eating.  Who could eat the most?  As we bragged about our appetites, I added a new layer of challenge.  I could really out-do him in fasting.


So, we set up this challenge, to see who could go the longest without food.  I don’t remember how long we went; it must have been a couple of days.  And for all I know, he cheated.  How could we check up on each other?


I knew he could eat more than I could.  He was a couple of inched taller than I, and about 20 pounds heavier.  I was just skinny.  Maybe that’s why I threw down the challenge of fasting.  I thought I had a chance there. 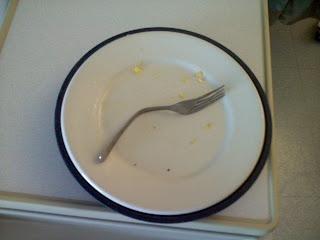 As it turned out, we were both starving after a couple of days, so we agreed to break the fast together.  The fasting challenge would be a draw, and the eating contest would determine the winner.  What a stroke of genius!  Break a fast with an eating contest.  Of course the perfect spot for that is a pizza buffet.  On a Friday night we sat down at the Pizza Hut on University Parkway in Winston-Salem.


That pizza was so good!  We went slice-for-slice until I began to slow down, around slice 14.  I finally stuffed 17 slices into my empty stomach.  I went light on the beverages to allow more room for food, of course.  Unfortunately, my gluttony was no match for Cres’s.  He ate 23 slices, and had a little lasagna to go with it.  I had to concede defeat.  He had blown me away at the buffet.


But I didn’t really lose.  Later that night we both experienced the pleasures associated with over-eating.  For the first time I understood the Alka-Seltzer commercial, when the guy says, “I can’t believe I ate the whole thing…”  I felt bad, but Cres crouched like an old man and made no sudden movements.  His facial expression never changed:  part grin, part grimace.  Our suite-mates thought it was hysterical.


We never again challenged each other to an eating contest.  I don’t think there was a real winner.