Please excuse all the broad brushstrokes below.

I'm getting a little tired of hearing people dump on millennials. They are depicted as spoiled, arrogant, easily offended, coddled, and idealistic. They live in their parents' basements and play video games all day, wearing pajamas.

They are searching for themselves, but don't know where to look.

I'm at the tail end of the Baby Boom, and I never felt like I really fit in that generation. Most boomers are older than I, and I always felt like the little brother. But boomers were well known for disagreeing with the older generation. I remember hearing constantly about the "generation gap." Old people just don't get the young folks.

Now the boomers are the old folks, and--shocker--the old folks don't get the young folks. But we boomers have taken on the challenge of putting millennials in their place. We ridicule the youngest adults for their participation trophies and "safe spaces." Heck, I remember getting a participation trophy for baseball in 1972, and I was glad to get it. I don't think my team won any games.

Part of what ticks off boomers, at least in church world, is that millennials point out the inconsistencies and hypocrisies of typical Christians. The evangelical church is built for comfort, not justice; for big numbers, not big impact; for big budgets, not sacrifice. We have an Americanized version of Christian faith, and it is, necessarily, a distortion of the true gospel.

Boomers pointed out the hypocrisy of our parents. Anybody remember, "Don't trust anyone over 30"? The younger generation has a knack for pointing out those bothersome gaps between principles and practice. Boomers objected to the Vietnam War. What were we really fighting for? Boomers rejected arbitrary rules about guys having long hair. And I think we objected to some other equally important things.

Then boomers turned 30. Over time, boomers became the establishment. But we are not acting like our parents, just ignoring the silliness of the young. Boomers are offering open ridicule of a new generation, because they are idealistic. They want to save the planet, fight for justice, end racism, feed the hungry, cure diseases, etc.

I think it's time for the boomer generation to stop picking on millennials and begin to listen to their hearts. Yes, they lack our experience, but that's a good thing. It helps them look at the world's issues more open-mindedly. They don't take for granted that more stuff is better. They don't really want--dare I say it?--the American Dream. Christian millennials want to see Christ's Kingdom come. 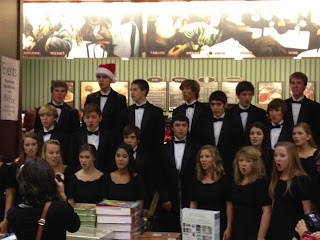