I watched The Big Short this week, a movie based on the events of the housing market crash of 2007-2008. It explained in a simple way the complicated events that caused the financial collapse leading to the “Great Recession.” I highly recommend it, for its entertaining, engaging way of telling the story of mass irresponsibility.


However, the script is needlessly obscene. It seemed like about 40% of the sentences in the film included some form of the F-word. I don’t hang around Wall Street investors, but I have never heard such foul language in any context—sporting events, airports, coffee shops, housing projects, racing events, even construction sites. But I have heard plenty of it on cable TV programs. And that’s it. The movies and cable TV are the only places I hear such relentless pursuit of verbal shock value. I never hear it in real life. In The Big Short such language did absolutely nothing to advance the plot, and it genuinely distracted me from it. 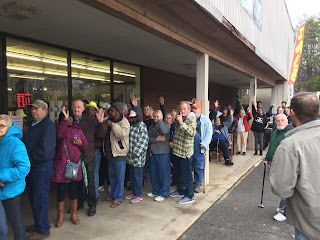 I wonder how the actors feel, shoveling such verbal manure. What would their children think? Or their mothers?


And I wonder why the producers wanted to include such language. Are they trying to normalize the use of the word? If so, society will have to coin some other word for obscene emphasis. If Hollywood sets the tone for society, then we are heading for a raunchy world of limited vocabulary and shallow thought.


Yeah, I know, it sounds like whining. It’s really more of a lament.