Vontae Davis and the Hit of Reality

Yesterday at half-time, Buffalo Bills corner back Vontae Davis decided that his football career was over. He retired after 10 years in the NFL, in a way that surprised everyone. News outlets covered his retirement and he explained his decision on Twitter. 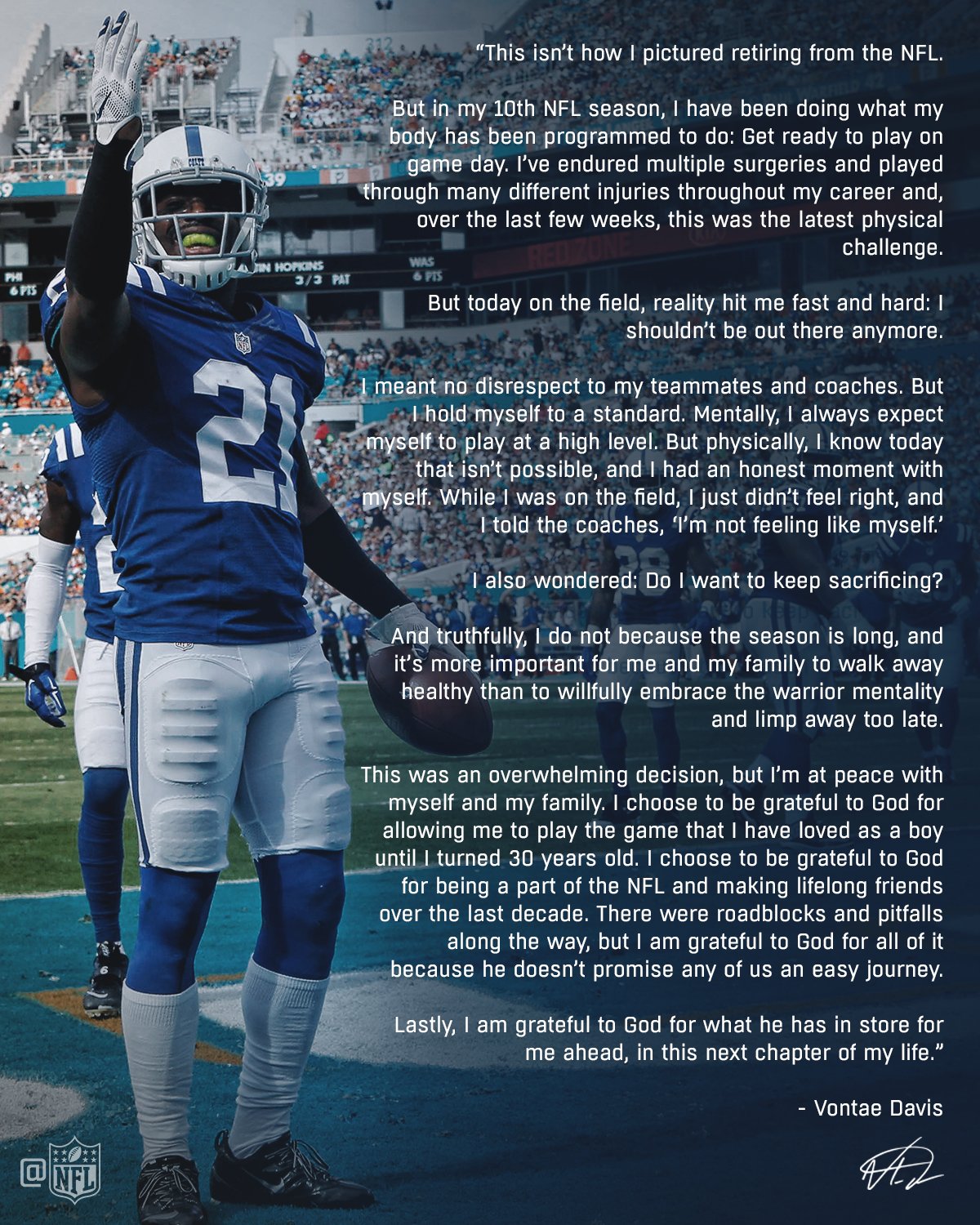 He found criticism and support on social media. Critics faulted him for letting down the team. Supporters praised him for following his heart.

What strikes me is the way he came to his decision. "But today on the field, reality hit me fast and hard: I shouldn't be out there anymore." He could no longer live up to his high standard of competition. It was time to quit. Right now.

I applaud him because he could see that the "warrior mentality" no longer served him well. It had kept him playing football at the highest level for a decade. But he had to move on. There is more to life than the next game, the next playoffs.

He has dished out and received countless hits on the field. But this time he was hit by something harder than a 300 lb. offensive lineman. He was hit by reality.

I applaud him because he realized what was really happening. He had to take a good, hard look at his life and where it was heading. He stopped doing the next thing, and made a life-altering choice. He had the courage to make that choice, suddenly and publicly.

What do we do when reality hits us? Too often we ignore it and try to deaden the pain. We stay busy. We turn the music up louder. We double down on the same old stuff. We stubbornly refuse to change. Maybe we lack the support we need. Maybe we lack the courage. Maybe we prefer to deny reality and continue in our dream world.

I need to wake up like that every day.