We celebrated Freedom Sunday on February 17 at Crossroads.  For many of us, it was eye-opening.  There are more people enslaved now than at any time in human history:  27 million.  This comes as a surprise, because we have too narrow a view of slavery.  For most Americans, slavery is that institution, present at the founding of our country, which was abolished through the American Civil War.  Even today we live with the fallout of that defeated system of abuse. 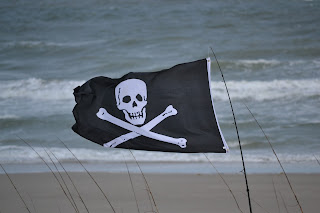 But with such a narrow view of slavery, we miss the larger context of slavery.  It is a symptom of the corruption of the natural human soul.  People were enslaved from the dawn of history, and people are enslaved today, people of all skin colors.


We are all born into a historical context, with certain behaviors expected and viewed as normal.  In ancient cultures, it was often expected that conquered peoples would become slaves of the victors.  This certainly provided incentive for generals and soldiers to win battles.  The way of the world was dictated by the sinful heart of man.  Those were the accepted rules, and so slavery naturally resulted from war.  Those are no longer the accepted rules, but slavery lives on.


The stories of slavery today still reveal a sickening brutality, buried deep in the hearts of people.  How could anyone treat other persons so cruelly?  What could motivate such actions?


With slavery as part of the human condition, there must be something fundamentally perverted in human thinking.


Consider the (possible) thoughts of one who deals in slaves today.


·         If I am stronger than you, smarter than you, have some strategic advantage over you, then I can use you to my own advantage, without regard for any consequences you may face.


·         You are not really a person, and not worthy of my respect, because:  you are too trusting, you look different from me, you happened to be in the wrong place,


Apparently those patterns of thinking are cultivated among those in the slave trade.  Slavery happens when people take the natural selfish thoughts of corrupt humanity and live them out ruthlessly.


Christ rescues us from our selfish frame of reference.  Jesus is the ultimate in selflessness.  He took the punishment he did not deserve, so that those who deserve the punishment might be free.  He saw the value of people, because they are made in the image of God.  The only hope for humanity is the transforming relationship with God through Jesus.


Yes, we need to fight against injustice and work against slavery.  We need to use the court systems and political processes to end the slave trade.  But our most effective weapon against slavery is the power of the gospel of Jesus Christ.  He transforms us, not by new rules and systems, but by changing our hearts so that we want to love our neighbors.