Til Boredom Do We Part 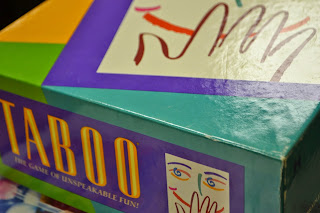 #marriage
I heard a friend recently quote one of his young coworkers saying, "Yeah, he looks like maybe my first divorce."  The young woman was speaking of a young man to whom she was somewhat attracted.  She thought she could be married to him for a while, but she did not think she could grow old with him.

The comment is startling to me, because marriage apparently seems disposable to her.  I'm sure she reflects a trend in American thought.  I believe it is better to be married than to cohabitate.  But I also think marriage should be a permanent relationship.  This young woman might ask me if I would prefer she just live with a boyfriend rather than marry and later divorce him.  Uh, neither of those is really a good idea.

And I'm not just speaking in terms of personal preference.  I believe that, as our Creator, God has made us so that one sexual arrangement is actually better for us.  In his word he has shared with us what that arrangement is.  Those relationships are better for us as a society and as individuals.

In today's culture, many prefer to chart their own paths for sexual expression and fulfillment.  I believe some intentionally rebel against the pattern God endorses, just to show God who is boss.  The world system feels obligated to celebrate these lifestyles and ignore their negative consequences.

If we can just persuade enough people that permanent marriage is a relic of anthropology, then the world will be a better place.  Any sexual expression is okay, as long as adults consent.  Everybody chases fulfillment as they see fit.

Society is launching into this grand experiment with human culture and sexuality.  We are only beginning to see where it will take us.