Why do you want to believe that?

I have to give credit to Dr. Laura Schlessinger for a penetrating question she asked a caller years ago on her radio show. The caller explained her situation, then described her conclusion that someone was against her. The host questioned the caller's conclusions, based on the evidence presented. There was not enough evidence for the ill will perceived by the caller.

If we ask ourselves this question, we can catch ourselves in our prejudicial thinking. We can become more objective, and actually come closer to the truth. 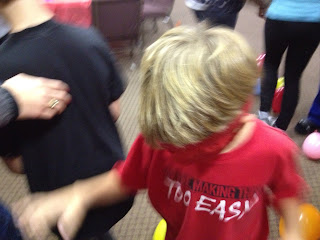 To account for bias in the media, we can ask ourselves why we want to believe certain news reports. When I hear a negative report about that politician I don't like, I'm all too eager to believe it. But when I hear a negative report about one that I favor, I give him/her the benefit of the doubt. In my limited experience with the media -- as a local newspaper reporter, as the subject of articles, and as a consumer -- I realize how inaccurate news reports can be. Even so
, there are some things that I want to believe and others that I don't. That's true for all of us, whether we want to admit it or not.

I'm persuaded that if we dig below the surface, we can see what's really going on at the heart level. We might have more understanding and compassion, for ourselves and for others.