Knee on the Neck, part I

The murder of George Floyd rocked our country. It has reignited the movement for racial justice and (re)opened the eyes of many white people, like me. I now see that the battle against racism in my own heart must last a lifetime. That’s how distorted my perception is.

We can’t let allow ourselves gradually to drift back into complacency about our social systems and prevailing attitudes in America. Now that we’ve had a few months to metabolize the tragedy, search our souls, and begin to address our deep-seated societal issues, I have some confessions to make.

Acknowledging these personal reflections might help me overcome my racism. I am a racist, and I daresay that virtually everybody is. We all notice the outward appearance of people, and we tend to make assumptions about people based on their appearance. Maybe my definition of racism is too broad, but I’m sticking with it.

Here’s my first gut-wrenching question for myself. What would I have done if I had been one of Derek Chauvin’s rookie partners on May 25, 2020? I imagine I would have respected that 19-year veteran of the Minneapolis Police Dept. He has helped me learn the ropes. He seems to care about me. And, most of all, he knows what he’s doing.

When he puts his knee on George Floyd’s neck, I see that he’s doing his job. He’s effectively restraining this big guy. I take notes. Maybe I wouldn’t handle it that way, but I’m a rookie. What do I know? Then the knee stays on the neck. The suspect seems more cooperative. The knee presses harder.

Isn’t that enough? I believe in the rule of law, but I also believe in life, I believe in compassion. I care about the people of the city. “To protect and serve.” I say something to Officer Chauvin. I suggest letting the man off the pavement. I’m getting really concerned. Something doesn’t feel right. But Chauvin knows what he’s doing, remember? I must be over-reacting. I’ll ask questions at the end of the shift.

Next time, another gut-wrenching question. 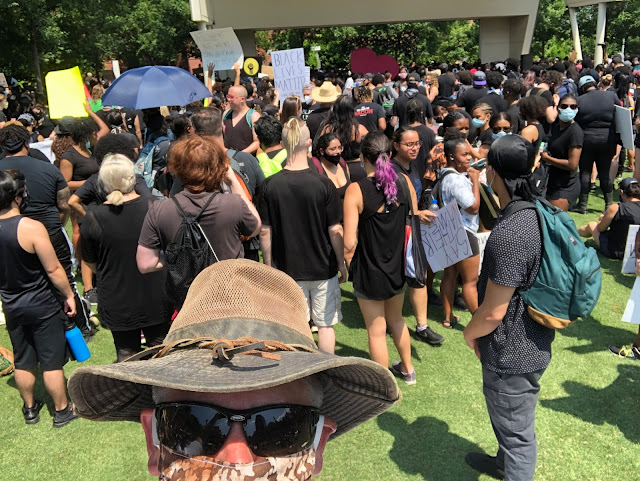