Knee on the Neck, part II

I’m doing a gut-check on how I would respond when faced with difficult moral decisions. Sometimes following the rules and norms is the wrong thing to do. See my previous post, Knee on the Neck, part I.

Here’s the next scenario.

Now I’m back in history. I’m in the mid-19th century, in the American South. I have grown up here and learned the culture, the way things are. There is nothing to question about our practices. Slaves are slaves. Whites are whites. It’s just how things are. Then I overhear a conversation. Someone from another state expresses sympathy for the slaves. Well, I feel compassion for them, and want to make their situation better, but there’s only so much you can do, right? You can help a one-legged man carry his load, but you can’t give him a new leg.

As the situation led to the Civil War, I would have listened to both sides of the debate. I would have recognized that in this imperfect world, people have different circumstances. You must have followers and leaders. You have a whole way of life that has gone on for centuries. You can work to make it better, but you can’t undo everything. People have the right to their own opinions. I may dislike slavery, but you have your right to support it.

Even if I stood against slavery, I could not go to war against my life-long friends. I certainly could not go fight with the Yankees. They want to oppress us Southerners worse than we treat our slaves. I hear from preachers and politicians that our way of life is right. And we ought to fight for it. No one can tell us what to do. God approved of slavery in the Bible, I’m told. I can have a clear conscience before God and men and fight for the Confederacy. That’s what all my friends are doing.

Why do I think I would have acted that way? Because most of the South did just that. They went along with the prevailing wind of culture and common practice. They didn’t want to change. Even if they opposed slavery, they believed it could never be abolished. They had all the arguments from religion, politics, and economics. Nothing could really be done. All the solutions looked worse than the problem. How many ways can we rationalize evil? Plenty.

I want to be the kind of person who can stand up and do what is right. I want to be the cop who would shove his boss off the neck of a dying man. I want to be the preacher who will come out and condemn systematic oppression, who will warn about blind patriotism, who will announce a calling higher than the U.S. Constitution and a two-party system.

I can imagine my actions in difficult situations. But I want to do better now, make a difference today. I want to recognize when it’s wrong to do the normal thing. I want the guts to find the right thing: the loving, compassionate, merciful, challenging, difficult, honest, Christ-like thing.

If this were easy, then everybody would be doing it. 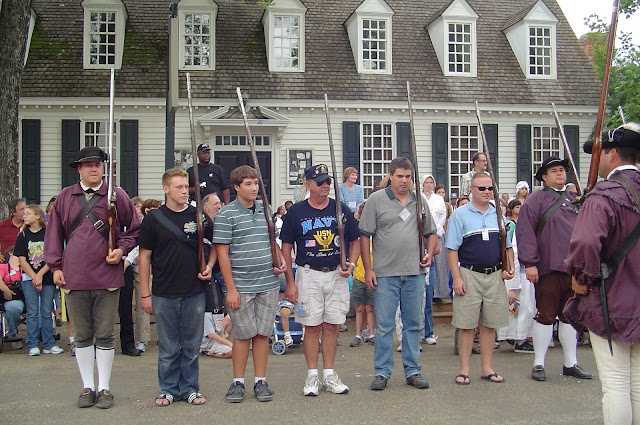