Yeah, I know what you’re thinking. But there’s a profession even older than that one. After God created Adam, he placed Adam in the Garden of Eden and instructed the man to care for the garden. 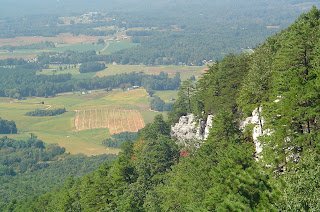 So, the world’s oldest profession is that of gardener. Of course our first parents made that job much more difficult for all of us. With their disobedience in paradise, they experienced a kind of death, and God expelled them from the Garden. In this fallen world now, our work comes through thorns and thistles with sweat and pain. So this is the inheritance of mankind: a fallen world where death reigns.


But God’s command to tend creation remains. As God’s only creatures made in his image, we—humans—have the unique responsibility to care for this world. The flora and fauna, the rocks, rivers, and oceans really do matter to God. It is part of the creation he called “good.” But unfortunately, some Christians consider this world disposable. The physical world will be ultimately be destroyed, they reason, so who cares what happens to it now?


Tree huggers carry too far the responsibility to care for creation. Many virtually worship the natural world. But those who abuse the environment err in the other direction. Maybe they think that the quicker we wear out this world, the sooner God will give us another one. And so the resources of Earth are used for selfish gain, rather than harnessed for good.


Whether we choose to accept it or not, we are responsible for this garden called Earth. And all creation groans in anticipation of the day when God will renew everything.