Why is abortion so divisive?
Why are people on both sides so vociferous in their arguments?
What is the emotional component of this debate?
Is a human fetus a person?
Does a woman have to carry a fetus just because she conceives it?
Is it the state's business what happens to a fetus?
Is it the state's business what happens to a child?
Why does the state protect any life?
Does the stage of development of a fetus change the value of that being?
Is it immoral to require a woman to bear a child conceived through rape or incest?
Should abortion ever be celebrated?
Does the federal government have jurisdiction that supersedes that of states?
Why has abortion only become an issue since the 1960s?
What actually happens during an abortion?
Are there any legitimate moral concerns with abortion?
Is there any situation in which abortion is always immoral?
Can abortion ever be moral?
Can the opposing sides of the abortion debate ever listen to each other?
Is one side completely right and the other completely wrong?
Can God redeem the abortion debate?
Are the lives lost in abortions worth mourning?
Are the lives of pregnant women contemplating abortion less valuable than their fetuses' lives?
What would the ideal resolution be for each side of the debate?
Is there any middle ground on the abortion debate?
Does humanity get to decide what is ultimately right and wrong?
What does God think about abortion? Can we know? Does it matter?
What does God think about women who have abortions? Can we know? Does it matter?
What does God think about fetuses that are aborted? Can we know? Does it matter?
Does harsh judgment and condemnation help or hurt anybody or anything?
What does love have to do with abortion?
How can love be expressed in the abortion debate? 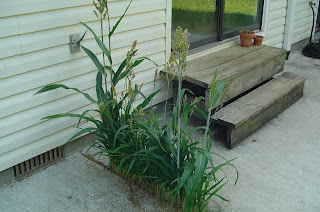