Stories can be sneaky. Jesus told a lot of them. We call them parables.

The story means different things to different people. So Jesus can reveal the truth to some people, while others are just confused. Some people get it and others don't. It all comes from the same story. While speaking to everyone, Jesus can make his point to just a few. He explains this to his disciples in Mark 4:10-12.

Another reason for Jesus' sneaky stories is to avoid getting in trouble. Pastor Brian Zahnd of Missouri notes that early in the Lord's ministry, his parables allow him to speak without upsetting the religious authorities. It's hard to make a case of heresy against someone who merely tells stories. However, after Jesus enters Jerusalem for the last time, preparing to go to the cross, he becomes more transparent in his teaching. And he gets a lot of religious people mad. And they have him crucified.

So read Jesus' sneaky stories carefully. Let them sneak up on you and reveal some truths to
you--truths about your attitudes, your assumptions, truths about other people, truths about God's love. There's more to the story than you think. Imagine how other people in Jesus' day might have heard those stories--the leper, the rich person, the devout religious person, the drunkard, the widow, the fisherman.

The Master story teller has something to tell you. 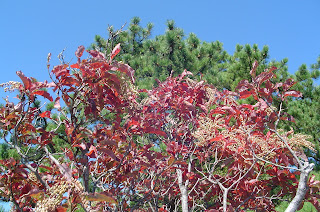